As the user scrolls down the page, various elements within the creative can be made to scale, rotate, translate and change the opacity. It's easy to set up and not a single line of javascript is required.

By default all the animations are set for time based animations. One can choose to change the animation to be based on scroll by using the switch on the timeline pane.

Switch from time to scroll

You'll see this switch only on compatible formats & page types.

Also, to preview these ads correctly, a scroll needs to be induced in the preview. In order to this, there is a switch available within the preview. 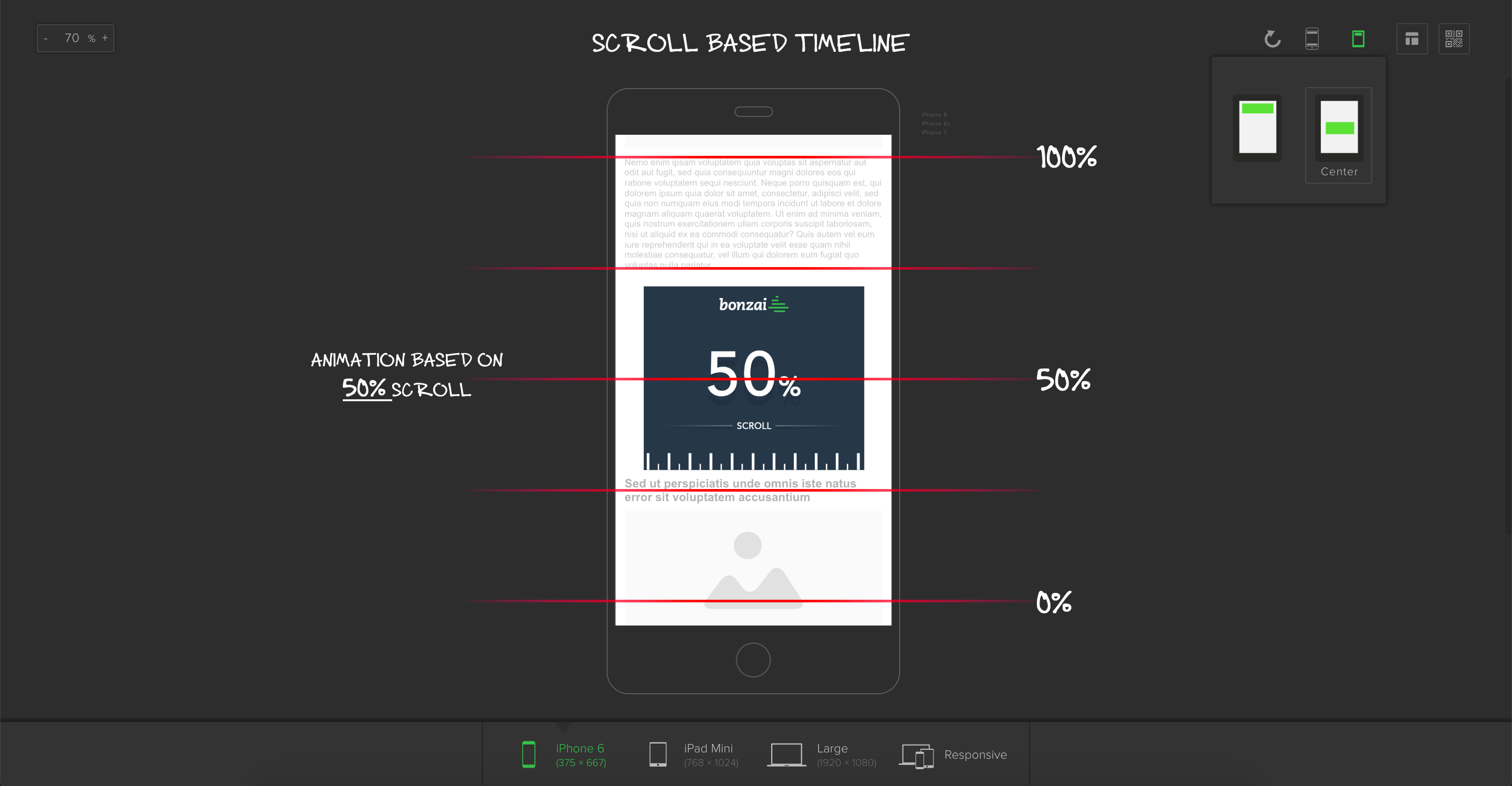 A few points to note here are that the scroll based animation is compatible only with:

When the animation pane is switched from the time based one to the one based on scroll, the unit automatically switches from time (secs) to percentage of scroll in view (%).

Now the percentage is always between 0 to 100% of scroll. Here this can't be altered as the animation is always being set between the creative entering the view (0%) and leaving the view (100%).

In scroll based animation, the speed of the animation is totally based on how fast the user scrolls. Here we can't control the speed.

So, the order of animation and the speed of animation is a derivative of the direction the user is scrolling in and also how fast the scroll is, respectively.

The below example shows how the scroll based timeline is used within a creative from the Auto sector. Here various layers like the mountains, land, the car and the wheels are all animated based on scroll.

The next creative from the technology sector has a stop motion effect. Various frames of the phone opening from the folded state is shown and hidden based on scroll.

The next examples shows how motion graphics can be achieved using the scroll based animation.